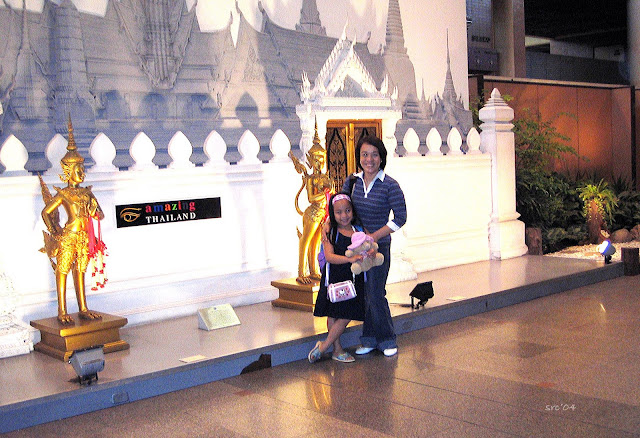 Bangkok, capital of Thailand. One of Asia's main hubs and major travel destinations. A totally different culture from most countries in SE Asia. Being a buddhist country, its temples are just majestic!

Where walking along the side streets in your hote'ls neighborhood, one might just be lucky enough to see a "fully-dressed" baby elephant being "walked" by its owner.

Then visited these "wats" (temples):

* Wat Pho - home to the word's largest reclining Buddha
* Wat Arun - the temple of Dawn; where its main attraction are the prangs decorated with
pieces of broken Chinese porcelains and seashells
* Wat Traimit - temple of the Golden Budhha --- made of solid gold weighing 5.5 tons

After the tour, we opted to be dropped off at MBK for late lunch and window shopping. This is where I absentmindedly ordered a hot chicken fillet at KFC, forgetting that I was in Bangkok. Ended up eating just half of it and with a burning tongue!

Then proceeded to explore Pratunam area, its street delicacies (nope! no ethnic food. I pass), and shopping areas. Pratunam area is known for wholesale and retail garment stores.

Day 2 was spent at Asia's (if not the world's) largest weekend open market ---Chatuchak (or Jatujak). Consists of more than 5,000 stalls,  a whole day is not enough to cover the whole area. Unbelievable bargain of almost anything Thai. From food to household wares, to knick knacks, to furniture and decors and clothing.

We ended up having a traditional Thai foot massage after a very long day in a place in Pratunam area.

Day 3 was spent at the suburbs of Bangkok. Visited the Floating Market at Damnoen Saduak, the Rose Garden, watched a crocodile and elephant show, traditional Thai dances and martial arts, passed up on a snake show, tasted local delicacies and visited a wood carving place.


The drive to the suburbs yielded more golden spires of temples large and small. 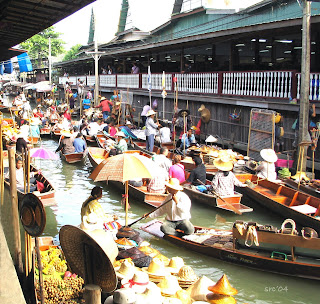 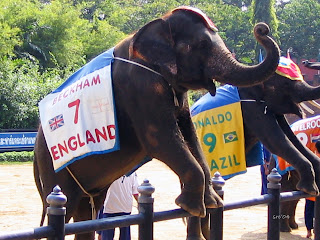 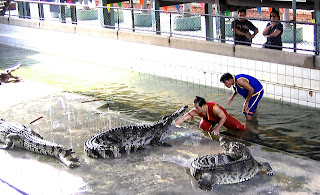 Our last night was spent exploring the seedy area of Bangkok --Patpong-- and riding the famous "tuktuk" to and from the place. What an exhilarating ride it was. You have to hold on to dear life! No, we did not go inside the bars. We have an underage companion. We went for the street market on a few "sois" for last minute shopping. 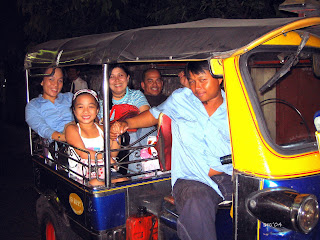 Reasons to come back:

1. Had to take a boat ride along Chao Praya
2. Visit its new attractions i.e  Siam Ocean World
3. Take that tour to Ayutthaya  ( I know the photoholic in me will be super happy here!)
4. Spend at least one weekend (2 days) in Chatuchak and explore every nook and cranny!